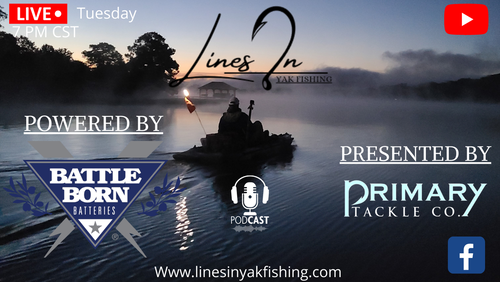 Check us out on facebook for live podcasts every tuesday
The Hobie line of kayaks have been paving the way in the kayak industry for years and are sought after by tournament fishing professionals and kayakers alike just looking for a comfortable boat to enjoy a fun day out on the water. Stop in for a visit or give the folks at SY Wilson and Company in Arlington, TN a call to see what they can do for you.

The 2021 Kayak Anglers Society of Tennessee (K.A.S.T.) State Championship will take place on Watts Bar Lake October 8-10 in Spring City, TN. This is an annual 2-day competition where 100 of the best kayak anglers from all over the state come together to compete for top prizes and the title of State Champion. Tennessee is home to some of the most elite kayak anglers in the country, many of whom travel the country and compete on a professional level making this event one of the most prestigious recognized in kayak fishing.

The K.A.S.T. organization is comprised of 11 clubs spread throughout the state. Anglers compete in a schedule of tournaments all throughout the year to earn a slot in their clubs’ state championship team as well as prizes and Angler of the Year. The championship will begin on Friday the 8th starting at 11 AM – 7 PM and end on Saturday the 9th from 6 AM – 4 PM. Awards will be held on Sunday at 9 AM at the Veterans Park in Spring City, TN.
Anglers are scored by their best 5 fish limit over the two days of competition and will be judged utilizing an online tournament application called Tourney X. Anglers use a specialized measuring board to capture pictures of their catch and submit for judgement based on length. Fish are immediately released after picture submission. Awards will consist of one overall winner being crowned the champion, as well as, one club taking top honors by their teams combined overall length.

​Local club, West TN Bass Yakkers, wrapped up their 2021 season with their last state qualifying event held on Bay Springs Lake in Mississippi. Bartlett angler Justin Patrick took the win with 61.50 inches for his 3 fish limit and was also recognized as his clubs Angler of the Year with his final win. With their season at a close these anglers will be shifting their focus on the state championship as a collective team and aiming to bring home the trophy to West TN. WTBY will be charging into competition backed by a host of sponsors that support the club. Among those are SY Wilson and Company, Primary Tackle, Black Bass Tackle Industries, Small Town Bassin, Flatwater Fishing, and Atlas Custom Baits. 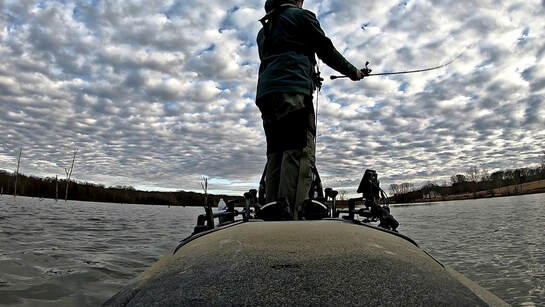 It's Saturday morning, 6:29 AM. Sitting in your kayak you enjoy the cool breeze in your face as you take your final sip of coffee. Looking out across the lake the fog is beginning to lift off the water, and out in the distance the sun begins it's rise to meet the tree tops. You set your cup down and reach for your rod. Check the time, 57,58,59 Lines In.